As of September, 2010, Maurice Godelier is still in touch with the Baruya and corresponds regularly with Koumaineu and his wife, Ouramaniac. Pierre Lemonnier, who, as a student in the 1970's began his fieldwork among the Baruya, has continued to work among a neighboring Anga-speaking group, the Ankave people of the Suowi. On his way to the Ankave from France in 2008 he flew to Goroka. 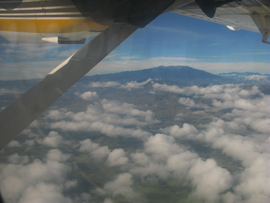 Flying over the Eastern Highlands of Papua New Guinea

In Goroka he visited the National Film Institute where Koumaineu had worked for many years. 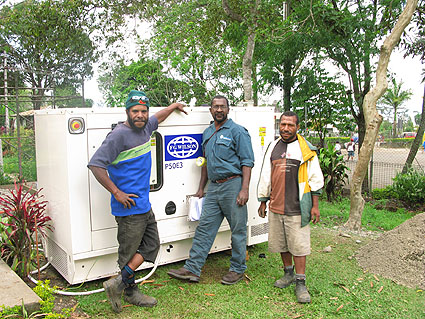 He then flew into Wiaveu, which is now called Wiobo. The air strip, which did not exist in the 1960s, cuts right through the original settlement where Godelier had done his fieldwork. 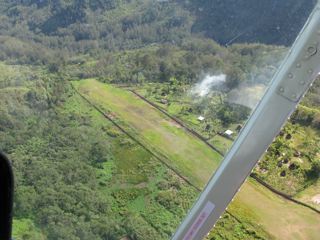 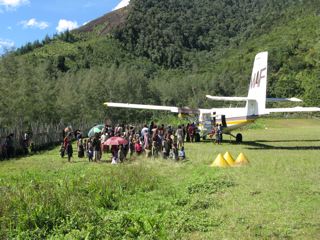 Lemonnier was welcomed by many old friends, their children and their grandchildren. Cargo was unloaded and trade goods taken to the trade store - now locally owned and located in Wiobo itself. 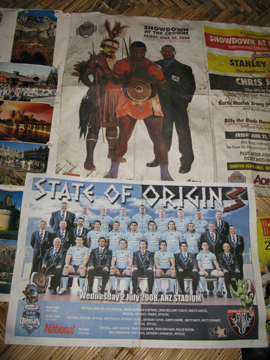 A poster in the trade store

Women were still harvesting food from the gardens and caring for small children.

Boys and girls were all going to the school in Yanyi.
In their free time they enjoyed their netball court. 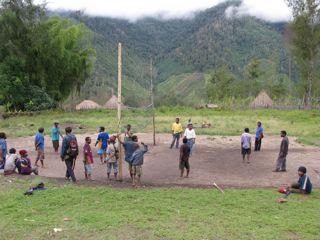 Men were discussing the problems of raising coffee while still using traditional materials for their work.

Everyone gathered for a village discussion. 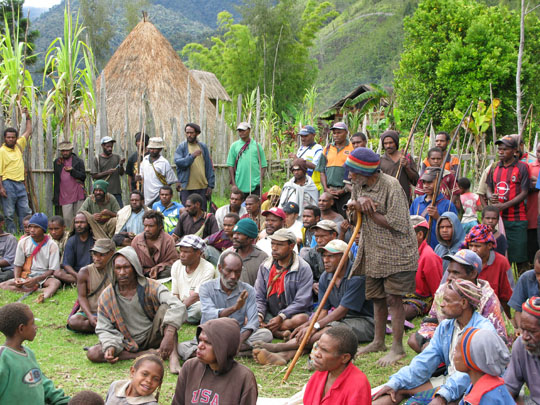 Koumaineu, now balding, was there, and, on the right, Gwadamaiwe's son, Edwin, wearing a green and yellow jersey.

Women were there, and an elderly man who had retired to Wiobo after working for years in Goroka.

The salt field had been turned into a gardening area, but the old salt bars were carefully stored above the hearth of men's houses where they are preserved by the smoke.

Gwadamaiwe, who had been on the team that mapped Tultul's garden in 1969, was still well. 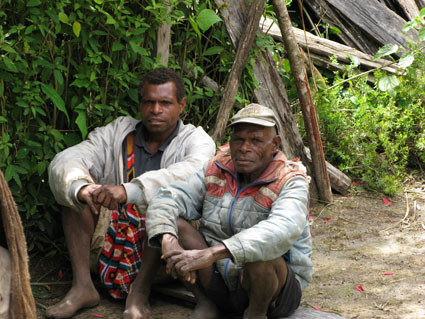 Parawekak, Pandjaouye's wife, who had playfully pushed away an extra load of salt bars when Pandjaouye teasingly tried to put them on top of her already full load, was still busy with her garden work. 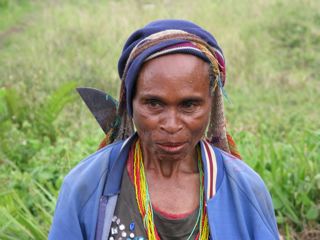 Pandjaouye's son had a lively batch of children. 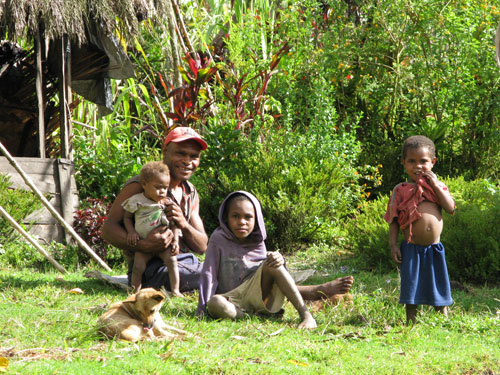 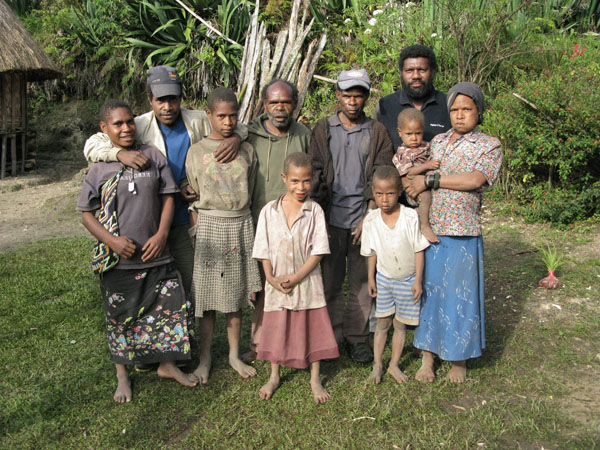 In the spring of 2010, Pierre Lemonnier's wife, Pascale Bonnemère, visited Wiobo.
During her visit, one of our long-awaited goals was reached, i.e. to show the women the footage Allison Jablonko had shot of the women's initiation ceremony held in 1969 - footage that for ritual reasons is not to be shown to the general public. This dream had been in our minds for years, and a super-8 copy was once made in the 1980's in order to be able to project the film with locally available equipment. At that time, however, it was impossible to find a space open only to women and closed to men. Additionally, the men felt insulted if they were excluded from enjoying the new technology.
In 2010, almost a generation later, Pascale Bonnemère was able to screen the footage on her computer in privacy with the women. Many of the older women were delighted when they recognized the participants of the long-ago ceremony. Photographs © 2008 Pierre Lemonnier